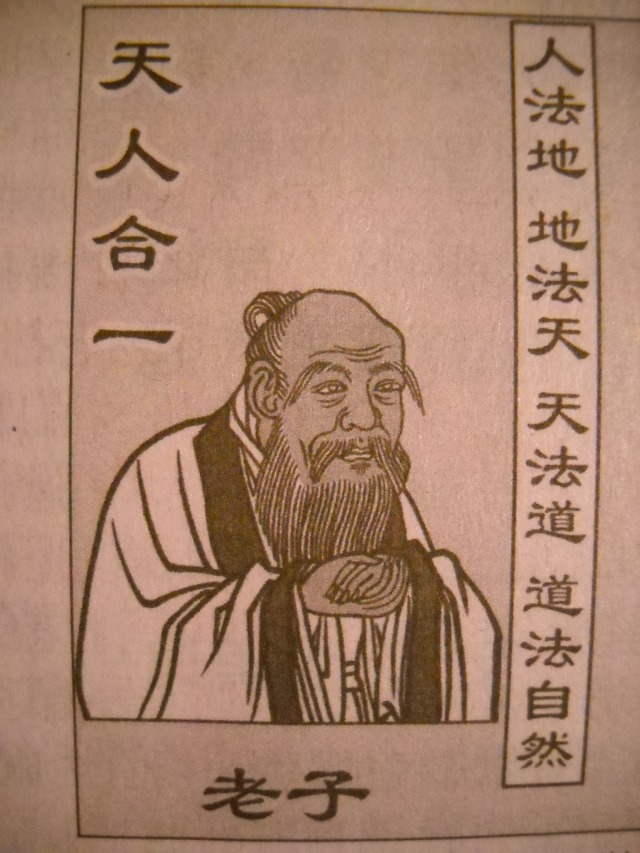 Lao Tzu and reincarnation
Posted on December 1, 2011 by masterchensays
In response to the above.

The closest description by Lao Tzu of the cycle of the universe and the basic concept of reincarnation is Chapter 16 of the Tao Te Ching. The annotations and translation by Y. T. Hsiung are as follows:

NOTE: This chapter points out the importance of the utmost emptiness and quietude for a man of Tao to follow. It also lays emphasis on returning to the roots and going back to one’s destiny. A man of Tao should be able to reach the utmost emptiness and quietude in order to comprehend everything. We must know that the myriad of things take shape and rise to activity but all return to their originality. But they again become active. It is the Tao circulating in the universe.

NOTE: The myriad of things grow and flourish but they all return to their roots, the source of their growth. To return to the roots is to find quietude and when it reaches such a stage it will be able to grow again and follow destiny.

NOTE: To return to one’s destiny is to receive from, and return to, nature. This is the eternal way.

There are other passages in the Tao Te Ching that underlie the concept of reincarnation.

The nameless is the origin of Heaven and Earth.
The named is the mother of all things.
Through perpetuity one can see the manifestations.

According to Tibetan Buddhism, the spirit leaves the physical body after its death and ascends to the spiritual realm and lingers before the next reincarnation. The spirit remains nameless. When it reincarnates, it is given a name. All newborn babies are given names. One exists physically when one is given a name.

In Western medicine, doctors cannot treat a collection of symptoms before it is named as a “disease”.

A nameless spirit acquires a name through reincarnation. And by creating a legacy for oneself, one remains named.

The Egyptian belief and practice that “By invoking my name, I live!” is also practiced by Christians, Buddhists, Hindus and Muslims alike.

Peace and cooperation
Posted on October 31, 2011 by masterchensays
These words appeared as search terms on the Site Stat of the “masterchensays” blog. Here is a response to those terms based on Lao Tzu’s Tao Te Ching.

He who uses Tao to rule will not use military force for world conquest,

for this only causes rebound.

Wherever the army has passed, thorns and brambles grow.

After war, certainly there will be a year of dearth.

It is good to have result, but not by force.

To have result but not boastful;

To have result but not to claim credit;

To have result but not to be proud;

To have result because of necessity;

To have result but not by violence.

It is against the Tao.

Whatever is against the Tao will come to an early end.

Good soldiers are instruments of evil.

Even things detest them.

Therefore, a man of Tao avoids them……

The slaying of many people in war should be mourned with deep sorrow.

That is why a victory should be observed as a funeral.

When the world possesses Tao, racing horses are used to haul manure.

When the world is not with Tao, cavalry abounds in the countryside.

Enquiry about “the best explanation of Chapter 8 of Lao Tzu”

Chapter 8 of Lao Tzu’s Tao Te Ching talks about water and it essentially says that the virtue of man should be like the virtue of water.  It is an extension of Chapter 6, the mysterious female, the spirit that never dies, the doorway to Heaven and Earth or creation.  It can flow continuously, and it can be easily used.

Chapter 8 extends the description of the virtues of the mysterious female in Chapter 6. Chapter 8 describes the virtue of water, being continuous, being the necessary ingredient for the creation and the preservation of life, as the fluid in the placenta in the womb.  Where there is water there is life.   Water is necessary for the continuation of life, as living beings including plants, animals, and human beings need water to survive.  Water is a provider, like the mysterious female, the mother, and a good administrator.

Therefore, Chapter 8 points out that the virtue of man should be like the virtue of water.   Being fluid, it avoids conflict by flowing over and flowing around obstacles. Being able to settle contently even at the lowest rung of society, one will be like water that settles in the lowest places and deepest crevices.   Water acts as nature would act, therefore a virtuous man acts as nature would act.  In dealing with others, man should be virtuous.

Water does not contend yet it is powerful and has the potential to create and to destroy.  Yet water cannot be blamed for its destructiveness.

A virtuous man does not contend, yet he is powerful in silence and in inaction, and he has the potential to create.

I am posting this response to the enquiry noted in the title for four reasons.  First, the response is rather lengthy.  Second, there are already many English translations of Lao Tzu’s Tao Te Ching on the market and retranslating it does not serve any purpose.  By directly responding to enquiries, I am able to provide a more detailed explanation and a more comprehensive response.  Third, this kind of exchange is scientifically neutral since the enquirer is anonymous to me, and my response is based solely on the questions and key words I receive without any other cues.  The appropriateness and applicability of my responses are therefore determined by the enquirer.   And finally, my responses to enquiries about I Ching hexagrams, numbers in Chinese numerology, and dream interpretations will be posted as updates of their appropriate pages.  This enquiry-and-response exchange system seems to work very well.  I welcome such enquiries.  Thank you!  Keep the enquiries coming.

The more prohibitions there are, the poorer the people become.

The sharper the weapons in people’s possession, the greater the chaos in the state.

The more skills and techniques there are, the more cunning things are produced.

The more laws and ordinances there are, the more robbers and thieves arise.

Y. T. Hsiung’s annotations say:  In case there are too many prohibitions and restrictions the people will be confused and their power of production will be affected, so they become poorer.  The ruler should not depend upon too many laws and ordinances to control the people.  The wise rulers of ancient times did not burden the people, and the people enjoyed their own businesses and became rich by themselves.

When the government is relaxed, the people are simple and happy.

When the state is ruled with severity, the people are discontented.

Y. T. Hsiung’s annotations say:  When the ruler depends too much on laws and regulations in exercising his authority with severe punishment to the violators, the people will be discontented.

Master Chen’s annotation here is that a ruler who depends too much on political bias in exercising his egocentric authority, the people become disillusioned and discontented.

The normal refers to the deceitful, and the good reverts to the monstruous.  The people have been perplexed for a long time.

To govern people and to serve Heaven, there is nothing like frugality.

To be frugal is to be prepared beforehand.   To have early preparation is like having accumulated virtues.

Governing a big country is like cooking a small fish.

Y. T. Hsiung’s annotations say:  In cooking a small fish, one cannot repeatedly turn it over as it may break into pieces.  In governing a big country, one cannot take unnecessary action to make numerous laws and regulations as it may cause great disturbance in the country.  A man of Tao governs the country without unnecessary action in order to have everything kept in its own place and to have Heaven, spirits, men and ghosts kept in their respective positions.

The people are difficult to govern because they are too smart.

When people have no fear of authority, a great authority will descend upon them.

Do not dwell upon a narrow point.  A ruler must not be disgusted with the given life.

Why are the people hungry?  Because the rulers taxed them heavily.  This is why they are hungry.

Why do the people take death lightly?  Because the rulers make too many demands on them.  This is why they are not afraid of death.

Those rulers who do not put demands on life are wiser than those who do.

To reconcile a great hatred, surely hatred will remain.  How can this be regarded as good?

The man of virtue takes charge of tally but exacts no payment from the people.

The man of no virtue takes charge of exaction.

A good man is not argumentative.  He who argues is not good.

He who knows has no wide learning.  He who has wide knowledge does not know.

Master Chen notes:  Contentiousness is the mark of small minded egocentric liars.  The

Sage treats others unselfishly with honesty, generosity, and tolerance.